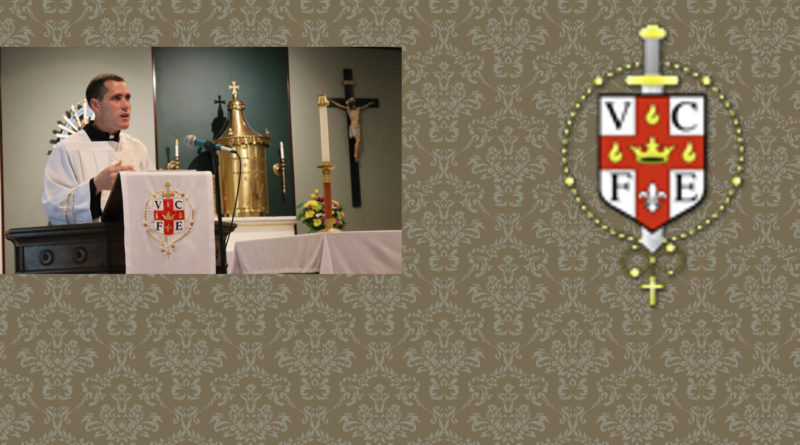 Father Andy Kmetz, IVE celebrated a Mass of Thanksgiving at his childhood parish.Thanks be to God, Father Andy is a priest.#SaintMaryVocations

Parish son Andy Kmetz will soon be ordained a priest. Father Jack invited him to say a Mass of Thanksgiving at 10:30 a.m. on Sunday, June 2.

A lunch reception will be follow in the Saint Mary Activity Center (gym).

Two men, Deacons Roberto Gurrola and Andy Kmetz, with the Institute of the Incarnate Word missionary religious order, were ordained at the National Shrine of the Immaculate Conception in Washington, D.C. on May 25. Fr. Andy is coming back to Tulsa on June 2 to celebrate the 10:30 a.m. Sunday Mass at the Church of Saint Mary.

Andy grew up here as a third-generation parishioner. His family were founding members of the new Church of Saint Mary in the 1950s. Carol Kmetz, Andy’s mom, remembers growing up in the neighborhood and attending Mass at the Church of Saint Mary when she was a little girl.

Andy attended the School of Saint Mary with his twin sister Angela and three other siblings. Angela, now Sister Mary Servant of the Cross, recently made her perpetual profession with the Servants of the Lord and the Virgin of Matara, the female branch of the Incarnate Word Religious Family.