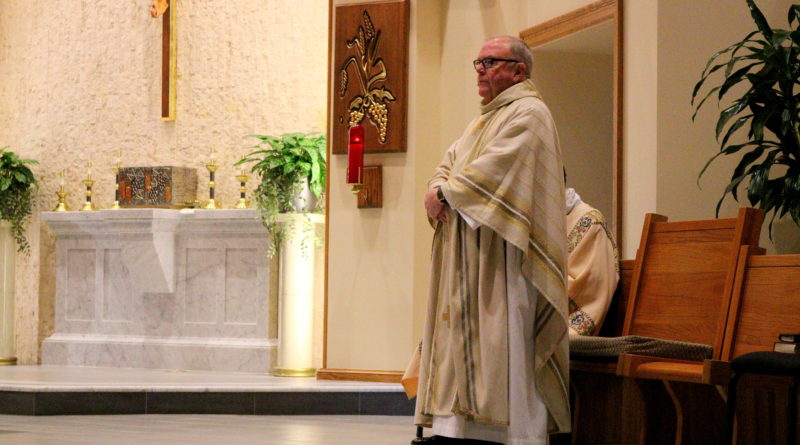 Monsignor Dennis Dorney’s fiftieth anniversary of his ordination to the priesthood is on December 21 this year. Monsignor Dorney and the Church of Saint Mary are planning a pair of significant events.

Monsignor Dorney will preside at Vespers on November 20. He will be the celebrant at three Anniversary Masses on the weekend of December 16 and 17. The Activity Center will be open after those Masses for a large reception.

Monsignor Dennis Dorney was ordained a priest on December 21, 1967 at St. Peter’s Basilica in Rome while he was completing studies at the North American seminary in Rome.

He served as the associate pastor of Madalene, Christ the King, and Saint Pius X. He was pastor of Saint Monica’s, Immaculate Conception, Saint Pius X, and the Church of Saint Mary. Monsignor Dorney held a number of positions at the Chancery Offices of the Diocese of Tulsa including Vicar General, Chancellor, Vocation Director, and various roles in the Tribunal.